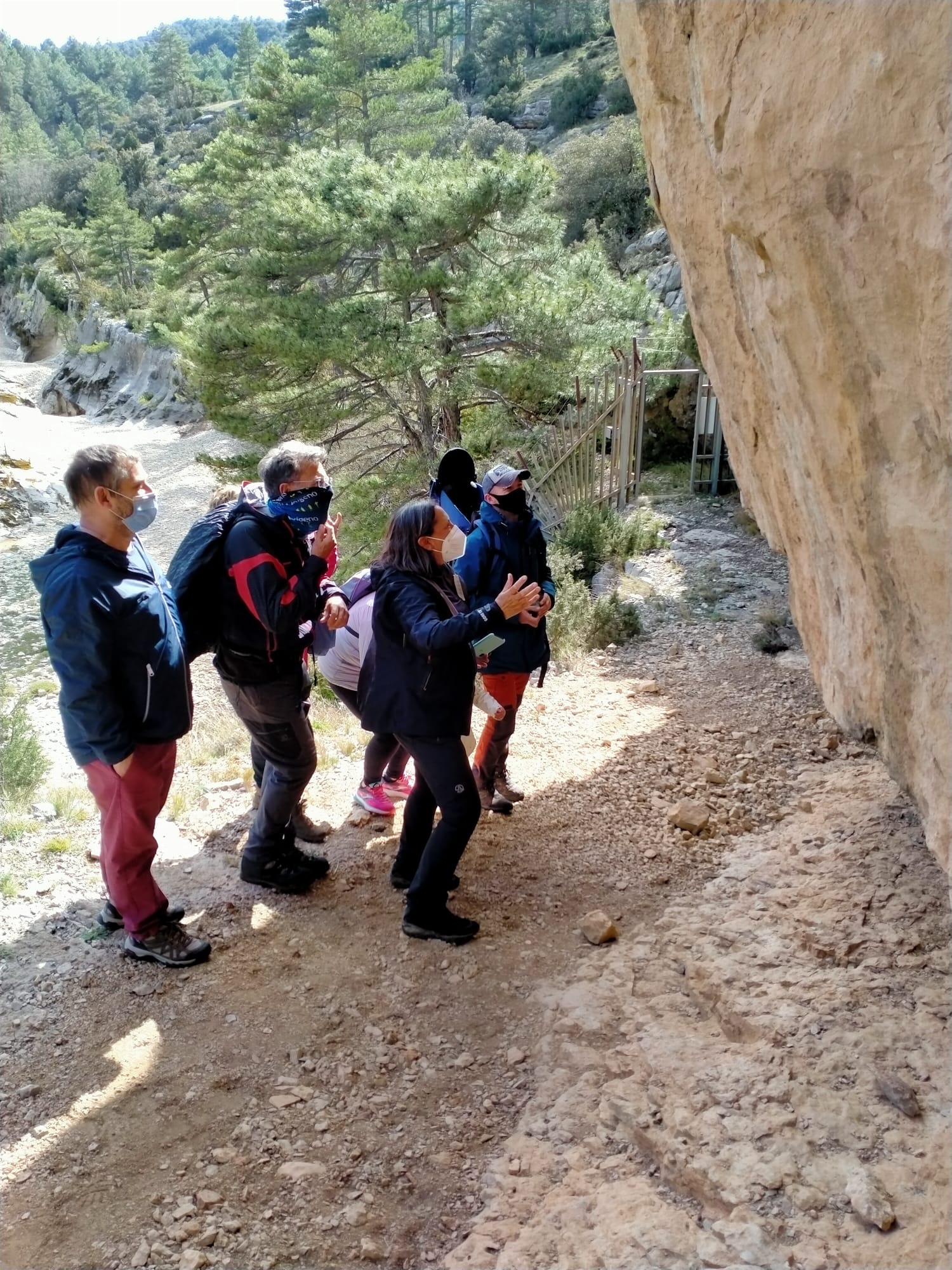 The region of Els Ports has spectacular fauna and flora, a rich gastronomy, a past with a lot of history, a great cultural heritage and a lot of art, especially cave art. That is to say, paintings, engravings and hieroglyphs that the ancestors left imprinted on rocks and land surfaces.

Over the years, cave art shelters of different styles have been discovered in the villages of Els Ports, and so far there are a total of eight shelters in the region. These form part of the Valltorta-Gassulla Cultural Park, declared an Asset of Cultural Interest by the Generalitat Valenciana on 11 November 2016. They also form part of the rock art of the Mediterranean Arc of the Iberian Peninsula, declared a World Heritage Site by Unesco in 1998.

In Ares we find the Cova Remígia and the Cingle de la Mola Remígia, which were discovered in 1934 and belong to the Levantine art style.

The Mas d’en Barberà Cave was discovered in 1995 in Forcall and is of Levantine cave art.

The Cova dels Rosegadors in La Pobla de Benifassà, which has ancient cave paintings and is located next to the Ulldecona reservoir.

In Morella we find the Galería Alta del Mas and the Cova del Roure, which are of Levantine art and were discovered in 1917.

The Cingle de Palanques, located in Palanques, as its name suggests, has been known since 1988 and its art is in the Levantine cave style.

The Mas de la Rambla Shelter belongs to the Levantine schematic art and was discovered in Portell in 2004.

In Vilafranca, La Covatina has been known since 1971 as a site of Levantine cave art.

These shelters contain different elements of antiquity represented in them, most of them, however, are animals and people. Almost all of them are easily accessible and can be reached on foot from the village to which they belong, except in the case of Portell, for example. In fact, the Cova dels Rosegadors has recently been adapted for the visually impaired, including support material that complements the representations of the rocks. Even so, it is recommended to visit the shelters with a guide in order to learn much more about them, gain contextualisation and not miss any detail.

The Valltorta Museum organises several free guided tours throughout the year to showcase the cave art of the counties of Castelló. To join these tours, all you have to do is keep an eye on their social networks and those of the town councils and tourist offices, which also organise their own tours. The Cova dels Rosegadors is the only shelter in the region that the Museum does not organise visits to, so it is necessary to contact the town council of La Pobla de Benifassà or the tourist office of La Tinença directly.

The discovery of these shelters has given a boost to the tourism sector in Els Ports, given the increase in attractions and activities that both residents and visitors can carry out in the region. Young and old can delve into the history of Els Ports through original representations in nature. The past of a region available to discover with the five senses. Experience Els Ports.