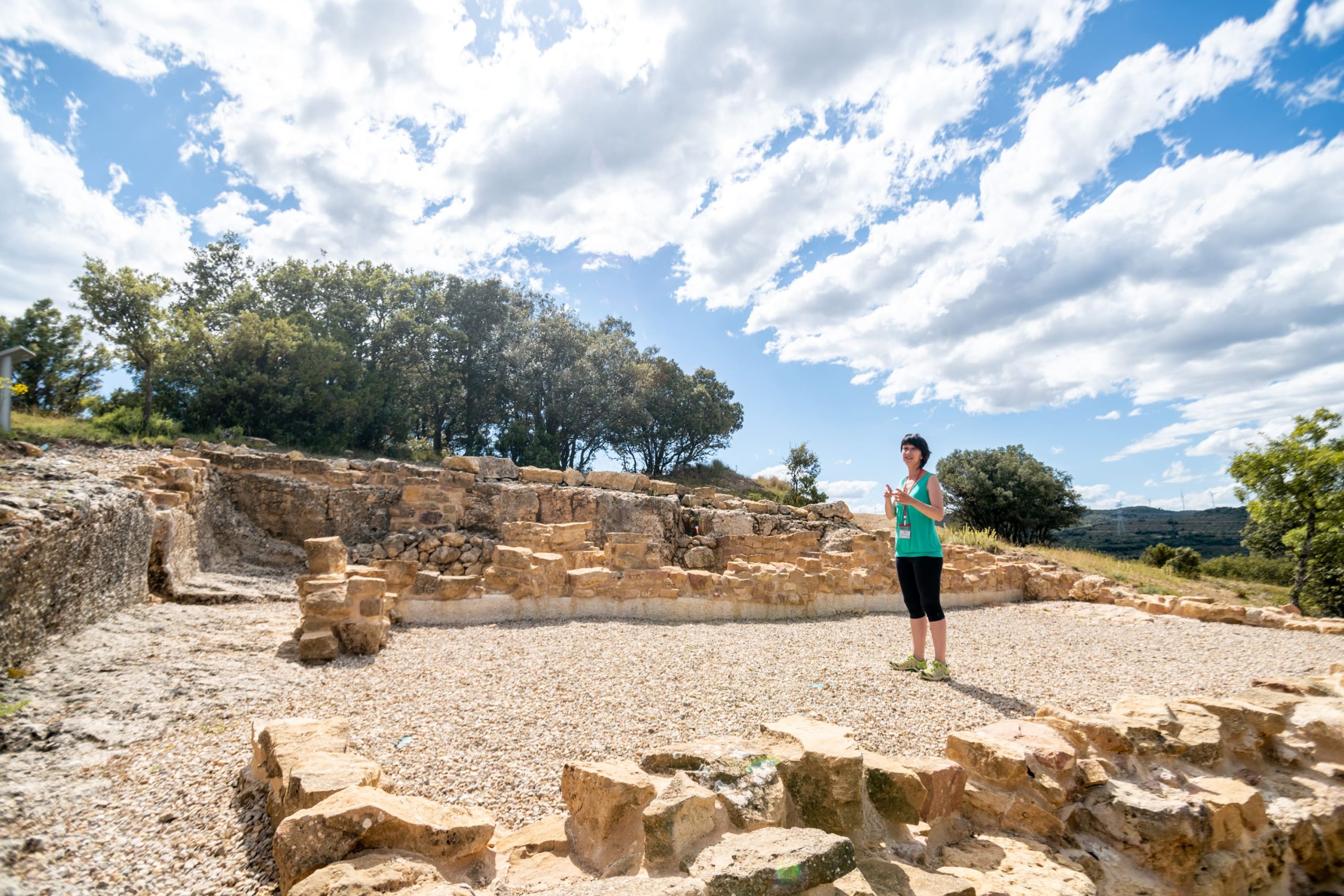 To walk through Els Ports is to walk through the history of the men and women who, for millennia, have inhabited these lands. Lands in which archaeological sites have shown that mankind has chosen, chooses and will choose Els Ports to live and prosper. From these lines we move to three points of the region: the burial mounds of San Joaquín de La Menadella in Forcall, the site of Lloma Comuna in Castellfort and the site of En Balaguer in Portell.

Our first stop along the way will be at San Joaquín de La Menadella in Forcall. This is a necropolis located in the Menarella mountain range. It was discovered thanks to the construction of the wind farm in the area and the field studies carried out. 28 structures and 20 funerary deposits have been documented in which ninety people were placed, according to the cremation rite, during the 7th and 6th centuries BC, in the Iron Age. The remains found correspond to a one-year-old child, adolescents between the ages of 12 and 20 and adults. In addition to human remains, various bronze objects have been found, such as bracelets, necklace beads, pendants and earrings.  In the same mountain range, in La Menarella, is the site of Tossal de la Menarella, dating from the Late Bronze Age, from which a room with seven basins (9th and 8th centuries BC) and a silo from the Iberian period have been preserved.

Next, we head for the Lloma Comuna de Castellfort. This fortified settlement occupies an area of 6,000 m2 at an altitude of 1,295 metres in the area of Les Llomes de Folch. According to the ceramic remains found and the remains of the walls, two processes of formation of the settlement have been identified: a first phase that began in the Ancient Iron Age (7th century BC) and a second, from the Iberian period. With impressive aerial images, the Lloma Comuna settlement consisted of walls, the South Tower, the Habitat area and the necropolis. In addition to pottery from different periods, which has been fundamental for dating the settlement, quite deteriorated metal remains have been found, such as bronze objects (fragments of bracelets, needles or pendants) and iron objects (nails, knives or a small sickle). Of particular note are the stone tools that have been found, such as grindstones, whetstones and two idols.

The site of En Balaguer de Portell is the last one to be discovered on this small route. Here, have been found remains that show a settlement that has lasted over time, as the Iron Age, the Iberian period and the Roman period are all present. It is located between the Gúdar mountain range and the Maestrat coast. In Balaguer it is defined as a group of rural nuclei and not as a settlement as a whole. The different elements discovered and studied allow us to understand the area and its inhabitants as farmers and stockbreeders, taking advantage of the existing resources and storing various products.