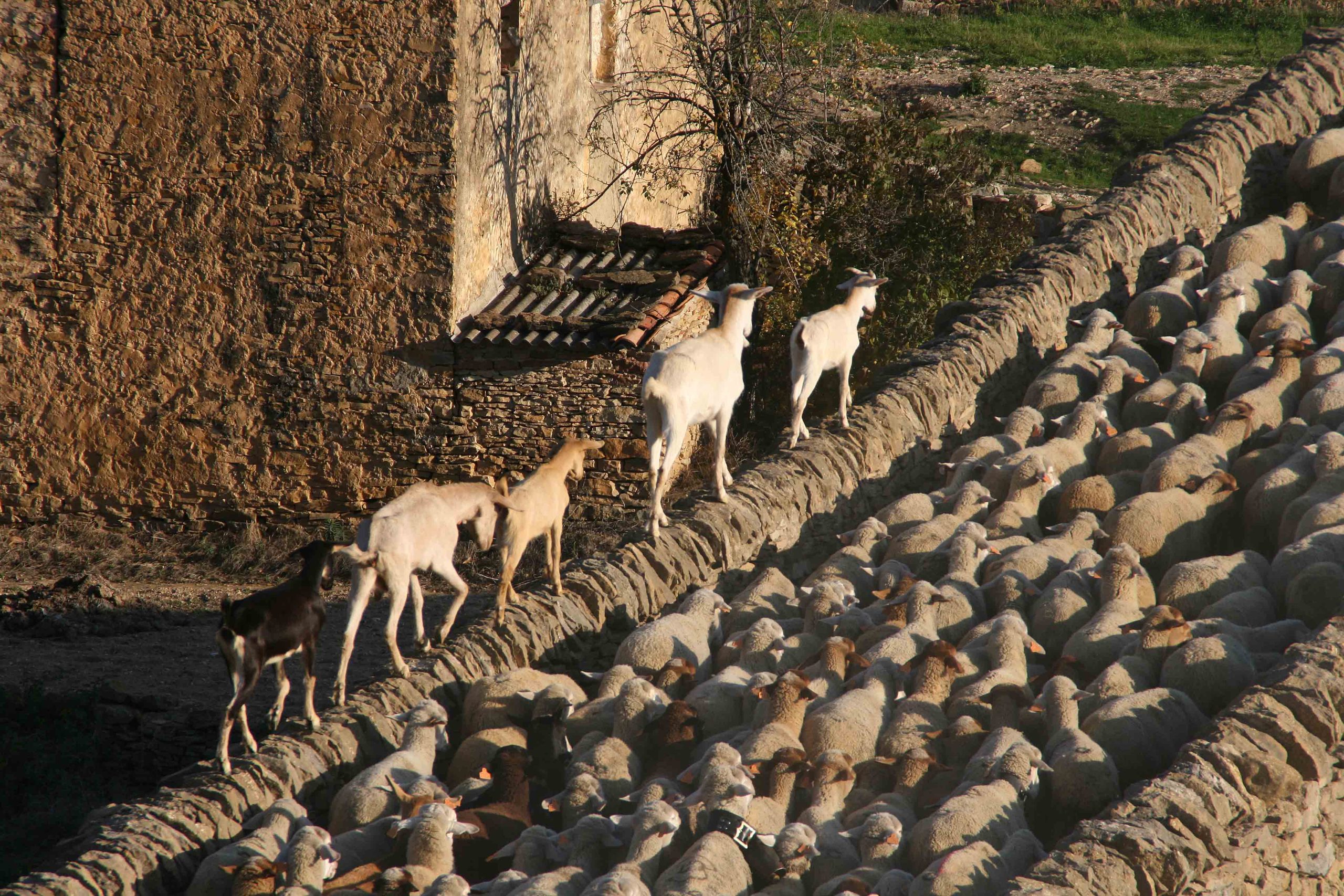 The history of Els Ports cannot be understood without the traditional transhumance routes that ran between towns, villages and natural sites in the region. How, along its paths and tracks, herds of sheep used to pass through, heading for distant lands, hundreds of kilometres away, to overcome the winter or, conversely, to return to escape the summer. Annual round trips in which the region witnessed one of the most traditional and ancient activities in living memory, as shepherds and their transhumance are and continue to be the human and cultural heritage of a society that, despite not being anchored to the primary sector, continues to live from it and to take care of the roots of its ancestors. In fact, in Els Ports, livestock continues to play a strategic role in the daily economy of the population of each village. Whether for the different meats, the milk or the fabulous cheeses, but the products derived from the care of the animals is still essential for the daily life of the inhabitants.

The central position between the mountains of Teruel and the coast of Castellón makes it a place of obligatory passage for sheep or cows that circulate, up and down the mountain, towards their new location led by shepherds and their guide dogs. Thus, the different existing cattle tracks in places such as La Llàcua, Ares, Castellfort or Vilafranca were, and still are, although to a lesser extent, animal roads with a massive importance for the sector. The transhumance routes are inherent to the identity of Els Ports. The immense network of paths between the villages of the region is an innate characteristic of a territory whose pastures have been permanently occupied by herds. These, in turn, had to migrate every half year. In Vilafranca, for example, the Llosar route is specified because a section of the road passed right in front of the Ermita de la Virgen del Llosar, located a few kilometres from the town, which has become an important passage for both herds through its watering places and shepherds through its resting places.

This route took animals down from the mountain ranges of Gúdar and Maestrazgo in Teruel to the regions of Baix Maestrat in Castellón and Montsià and Baix Ebre in Tarragona. In other words, a route of dozens of kilometres that in Vilafranca joined two routes: the branches coming from Sollavientos (Allepuz) and Fortanete. From Mare de Déu del Llosar, it crossed the Pla de Baix, the Cross of San Isidro or the Mas de Cabestany, all in the same town of Els Ports. Then it continued towards Ares del Maestrat through the Hostal de la Canà, the Casa del Peiró, the Mas dels Hostals or the Bassa Verda. Then, before descending towards the Baix Maestrat via Catí, it passed through La Llàcua and the Salvassòria ravine, villages in Morella that have been depopulated over the centuries.

Each town in the Els Ports region, in its municipal area, is divided by different paths that function as cattle trails reserved for the passage of herds. Between one village and another, the animals refresh themselves in natural springs such as the Font de Salvassòria or the Font del Llosar, and eat from the mountain itself, functioning as a natural machine that clears fields and mountains and protects them from fires. However, this historical activity is being lost over the years due to the complications of the sector, such as the insufficient economic reward for the hard work involved. As a result, transhumance has declined over the last few decades, leaving this traditional activity as a testimonial, almost anecdotal fact. At the same time, the increasingly fewer shepherds have also incorporated new gadgets such as sleeping bags, to ensure their health on cold nights in the middle of the mountains.