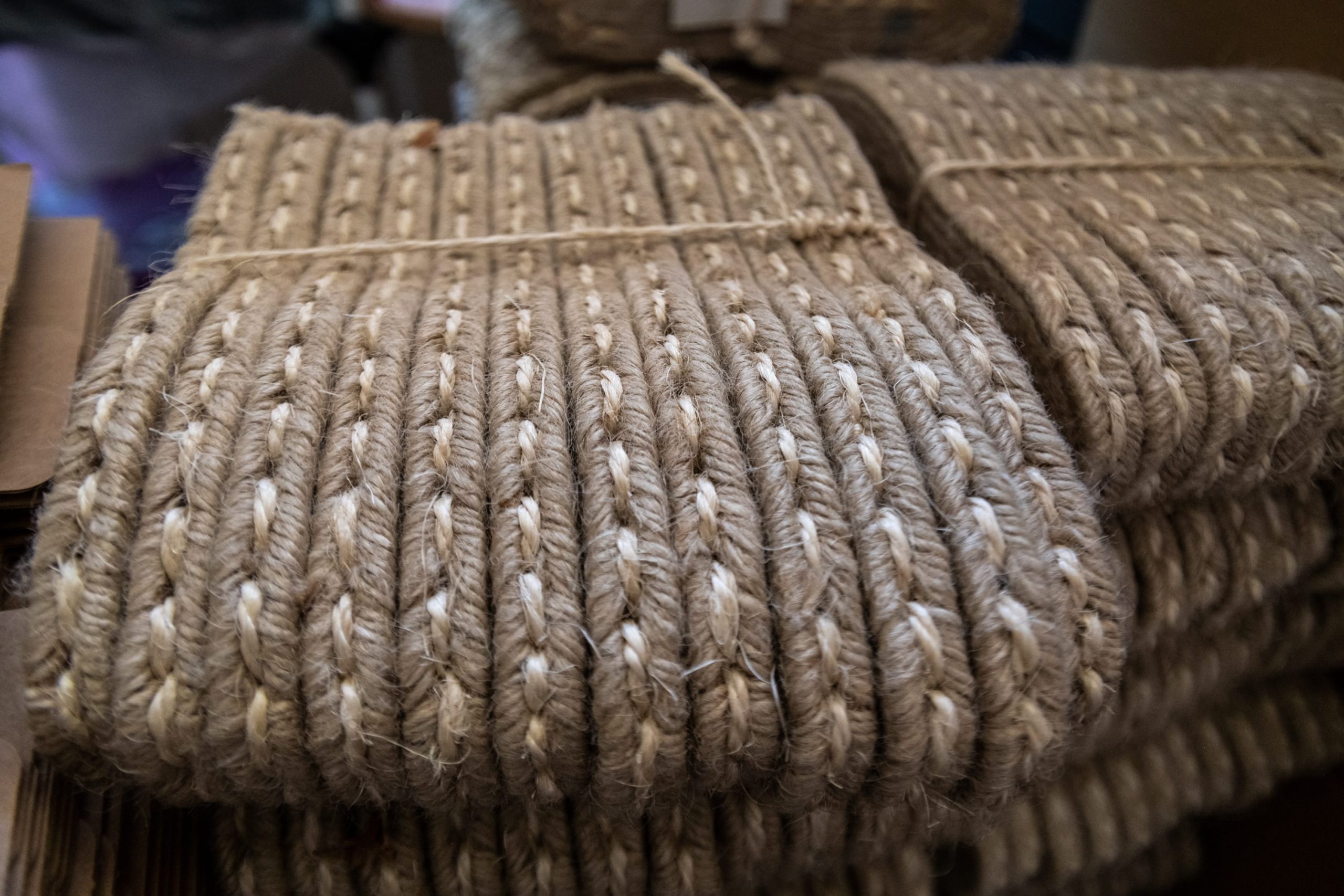 Els Ports is and has been an area dedicated to farm work, together with the economic activities of espadrille making in Forcall, La Mata, Todolella and Villores and the making of sashes in Cinctorres, Portell and Vilafranca. These activities have been so important for our region that we will take a closer look at their history and evolution until reaching their current state in Els Ports.

Let’s start with the espadrille! Its origin is linked to cultivation in the countryside and it was normally made near the areas where the plant grows, in the vicinity of fast-flowing rivers. In the region of Els Ports, hemp cultivation was limited and self-sufficient, but raw material came from the region of La Plana de Castelló, from Lleida and from Callosa de Segura in Alicante. Hemp was introduced in Europe around the 10th century. There are historical documents from 1322 that describe how the espadrille had to be made and today, 8 centuries later, the same process is maintained and the same tools are used, only the hands have changed!

In 1792, the botanist Cavanilles records in his chronicles that in Forcall there were 40 espadrille makers with an annual production of 24,000 dozens. These data give us an idea of the dedication of part of the population to this craft. Although it is true that our region was not a great producer of hemp, it was a great producer of espadrilles. The good work and the hands of the people who dedicated themselves with special skill meant that espadrilles from Bergantes reached Valencia, Aragon, Catalonia and a large part of the rest of Spain.

With the making of espadrilles, the streets of Els Ports were filled with people of all ages working with hemp, making needle hooks or curtains while sharing experiences. In a single street you could see the whole cycle. Today this has changed and is no longer possible, but in memory of those years, there are two museums dedicated to this trade in the region: one in Forcall and another in La Mata, where there is also ‘Iata’, an espadrille factory and shop that continues the tradition.

Now it is the turn of the sash! The importance of the sash in Els Ports was concentrated between Cinctorres and Portell, Portell being the village with the most sash artisans in the whole province of Castellón. They used to carry the “faja morellana”, which was made by the inhabitants of their village, all over Spain, first on donkeys, then on carts or bicycles and finally by car.

For at least three centuries, the population has traditionally made sashes. The women of the village first made them in the workshops – which would later become factories – and then in their homes for the handmade production of the cords.

From the sash artisans came important entrepreneurs in the textile sector who are still active today. Nowadays, in Vilafranca there is a sash factory that is still in operation and is responsible for making sashes for the ‘collas castelleras’ of Catalonia, among others.

Such was the presence and importance of the manufacture and marketing of the sashes that in Cinctorres a sculpture “The Cinctorrano who leaves but always returns to the village” was created in honour of the sash weavers, and in both Cinctorres and Portell there are museums dedicated to the weavers; the Museo de la Faja and the Museo Textil “La Rosaleda”, respectively.

Looms, threads, information panels, old specimens and much more in the museums of each village. It is advisable to call the municipal and tourist offices before visiting them. The same goes for the espadrille shop. Don’t miss these opportunities to learn first-hand about the ancient crafts that were so important for the ancestors of Els Ports. Visit the region and get to know its craftworks.