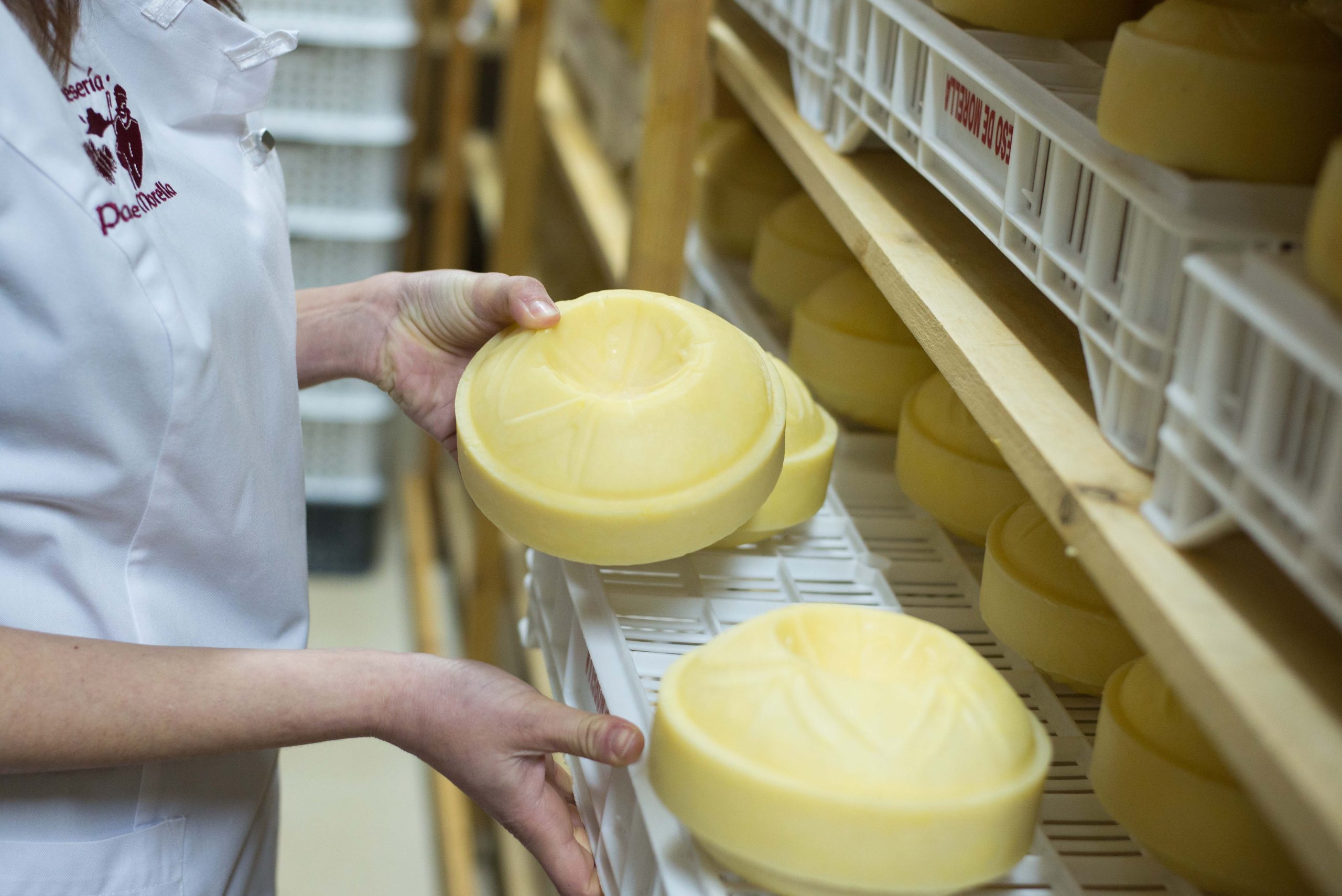 The origins of cheese are thousands of years old, older than written history. But, luckily, what we are interested in telling today is the history of the cheese and its derivatives in the region of Els Ports, a history that we know very well. And we cannot overlook the curd or cottage cheese, the latter used as a filling for the “flaons”, a very typical local pastry.

In the farmhouses it is known that cheese was prepared assiduously, until its production was banned and the stockbreeders were forced to join together to keep doing their dairy products legally and that is how cheese factories were born in this area in the middle of the 20th century.

Nowadays, given the possibility of continuing to graze in the fields of the region, seeing the great dairy product that is obtained following the manual and traditional production and the demand for artisan cheeses and kilometre 0, the cheese factories of Els Ports and surroundings are more active than ever.

An example is Pastor de Morella, a reference company in the sector in the region composed by stockbreeders and artisan hands that are in charge of the whole process of elaboration. They make their cheeses with goat’s and sheep’s milk from their own farms, which allows them to control and guarantee the highest quality of the raw material and the final product.  Ripening takes place naturally, giving each cheese the time it needs. Therefore, between different cheeses of the same type, there may be slight changes in flavour or texture depending on the time of year, given the influence of climate and vegetation. The cheeses that need it are washed one by one and by hand. The careful treatment they give to their cheeses goes as far as its commercialisation in their own shop in Morella.

Cheese also inspires the elaborations and creations of the region’s restaurateurs. The croquettes melt in your mouth and invite you to eat more than one.  If croquettes are the savoury version, “flaons” are the sweet one. Stuffed with cottage cheese are one of the essences of Morella’s bakeries and pastry shops.

If there is something common among all the establishments dedicated to gastronomy in Els Ports, it is the passion for doing things in the traditional way, but with a commitment to innovation, perfection and the mixing of flavours in search of spectacular combinations.

The most acclaimed variety by both visitors and residents of Els Ports are the truffled cheeses. Cheeses with a touch of the truffle found under the holm oaks of the area, cheeses with a touch of the black gold of our gastronomy. The black truffle, Tuber melanosporum, is a fungus with a very characteristic flavour that in combination with an artisan cheese makes a highly demanded truffle cheese.

Aromatic herbs are very abundant in the region, especially rosemary. The aromatic and sensory fusion between cheese and rosemary is incomparable. In addition, by having it, you get all its benefits, such as: improved digestion, diuretic qualities, helps fight inflammation, and an endless number of other properties. Of course, the best is to taste it.

One aspect that should not be overlooked, and which is also very characteristic of Els Ports, is tourism. The cheeses and pastries of the region are a great souvenir to take back to friends and family when you visit our villages. Perhaps this is the reason why one of the Pastor’s cheeses is called “Castell de Morella” and its shape simulates a castle tower.

Those who are lucky enough to live in the region will surely have one of these cheeses or dairy products in their fridge, but future visitors, when they are in Els Ports, should not miss the great opportunity to consume high quality products made by the people of the area in a traditional and artisan way.

Walking through Els Ports and taking a cheese in your backpack is a simple act, but one that has a huge impact on the territory. Sheep and goats grazing in the hills act as natural firebreaks by eating grasses and bushes. Its image, wandering through the meadows, is part of the landscape and defines the territory. Cheese gives life to the stockbreeders, the master artisan who are responsible for its production and make it possible that the main street of Morella or the shops in the villages have a local, artisan and unmistakable product. To savour a cheese from Els Ports is to savour the essence of a land that is well worth a visit.